(Community Matters) I’m an F1 Austin race supporter. And, I think an Auditorium Shores concert at the same time as the Junior League’s million-dollar-raising Christmas Affair is a bad idea. Ought to find another venue guys.

(Community Matters) Frightening . . . . a return to neoconservative foreign policy? . . . . fear this would lead to another war(s)

Playbook: “So Mr Romney has the beginnings of a case to make. The trouble is that the implication of his argument is a promise to return to the Manichean world view of George W. Bush – in which nations are divided firmly into friends and enemies of the US and policy is set accordingly. … Those who yearn for a US foreign policy based on a Bush-style ‘moral clarity’ and the confrontation of autocracies might thrill to all this. The implications are alarming, however: war with Iran, trade war with China, confrontation with Russia.” http://on.ft.com/OFPqc1

(Community Matters) surprised a former colleague defriended me on FB today when I replied to his posting expressing his frustration with the Chick-Fil-A controversy. Our comments veered to his argument that white males were the most discriminated demographic today. Perhaps I should have left that unchallenged or even better, perhaps I should have acknowledged the economic backslide in today’s economy is greatest for non-college educated white males. They have the furthest to go in terms of the recalibration of wages in today’s economy where all America’s middle class is threatened.

I find it interesting that he perceives a job requirement to speak Spanish as discrimination (I know, I know, neither do I but he (& maybe others) do, so we should simply know this).  This former colleague, who’s never been religious and in fact is quite a heathen, now cites religious freedom in defense of Chick-Fil-A.

For the record, I don’t think municipalities should be able to prevent Chick-Fil-A from opening in their borders. I do believe, however, that we have every right to boycott & picket, persuade elected leaders to bully pulpit against, and to prevent them from accessing any public entitlements. It’s politics. We’re winning – sure we suffer setbacks. We could suffer huge setbacks if Pres O loses reelection. But, the trend is there. Over time, LGBT Americans will win full equality. We’ve gained lots of ground in 20 years – much more than was imaginable to those of us sitting around the HRC, GLADD, LGRL and NGLTF board tables 20 years ago. And, we know our fiercest opponents are aging out.

Anyhow . . . back to the non-college educated, white male thing. There’s a real threat that more and more under-educated, under-employed and under-compensated Americans will find scape goats for their threatening economic situation. It should concern us all. 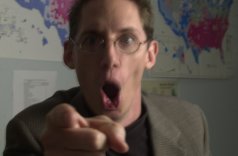 (Community Matters)  Review of Prof Regnerus’ study was concise: “It’s bullshit.” The Chronicle of Higher Education is reporting that University of Texas Professor Mark Regnerus’ study of gay families and the impact on children did not meet professional standards and never should have been published.

The Social Science Research journal assigned Prof. Darren E. Sherkat, sociology at Southern Illinois University, to examine how the paper was handled. According to Sherkat, Regnerus’ paper should never have been published. His assessment of it, in an interview, was concise: “It’s bullshit,” he said.

I haven’t heard anything about UT’s internal review of Assoc. Prof Regnerus’ work but hope to learn more.

latest Statesman article – the study’s framing was “wackadoo,” Sherkat told the Statesman, later adding, “It was just a crappy study.”

(Community Matters) reading about another Eagle Scout being fired from a camp and several staff members resigning in solidarity prompted me to look up who governs Austin’s scout council. Several of these men & women are friends and are otherwise supportive of LGBT constitutional equality. I need to start having conversations with these friends to understand their position and ask for their support for equality.

About 12 years ago, I didn’t climb on the bandwagon of criticizing the local scouts for anti-inclusion policies. But, it’s now 2012. Discriminating against anyone solely because of their sexual orientation is indefensible. You can’t be my friend and support discrimination against people based on their sexual orientation. Look, I’m not saying I don’t work w/ all sorts of folks but friends have each others’ backs, and I just don’t consider anyone who supports LGBT discrimination a friend. I also realize not everyone on the Council’s boards supports the policy.

END_OF_DOCUMENT_TOKEN_TO_BE_REPLACED

Discrimination in Sale of Property

(Community Matters) This is like reading about property owners pulling a contract because the neighbors don’t want “those people” living next door. Seriously? Diocese of Worcester (Boston) pulls contract to sell a home because purchasers are a gay couple? This appears to transcend religious freedom and is about out & out bigotry. CBS Boston 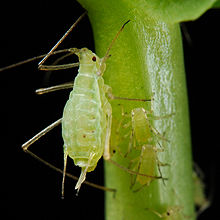 (Community Matters) Last week started wondering if the gooey stuff on our patio furniture and the sheen on the ground was pecan sap? A few inquires didn’t resolve it – some said sap others said excrement from bugs on pecan trees, specifically apids. Our landscape contractor agrees:

I have found that Green Lacewing are the best beneficial insect for controlling aphids. I just received a shipment of lacewing eggs today and will be distributing them to some clients tomorrow. If you want I can distribute (2) 1000 egg containers on the pecans at your drive and in back yard. Don’t have enough to treat the rest of the pecans behind the pool house, but can order more. Should do another release in two weeks to get some control. let me know by the morning (Friday)

Several friends give us a bit of grief for being such avid Amazon shoppers. We’ve pulled back a little bit but the UPS truck still comes by at least every other day. Sorry, I’m doubling down. I don’t see many of our other vendors contributing their personal dollars to our fight.  I’m also thinking of those straight friends who contribute to equality initiatives. Warms the heart and makes it feel right that we donate to women’s reproductive rights, children’s education . . .