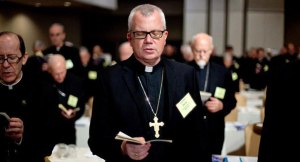 update: I might stay out of the Catholic Church’s politics if it stayed out of my bedroom. They politically lobby, advocate and organize against my constitutional equality. And, even now, I’m not saying impose these rules on the church itself but the hospitals and universities are primarily public and non-Catholic funded.