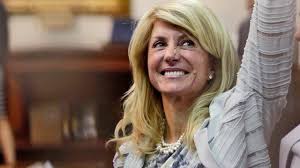 (Community Matters) in response to a Facebook posting by MSNBC moderator and friend, Christopher Hayes, commenting on the Texas Observer story on Wendy Davis‘ press relations, I discussed this with friends. I thought the conversation enlightening and relevant. Thought I’d share some points:

and, we’re talking a press corps that has dealt with a governor who has refused to debate or appear before editorial boards during the last two gubernatorial campaigns

we have to do better, and press should quit holding D’s to a different standard than they’ve held R’s (or if not all R’s, certainly Rick Perry).

worth noting that Republicans weren’t in despair about their candidates not giving access to press.

maybe we (Ds) care more about openness and transparency

Maybe all trumped as Alfred reminds, “Never argue with a man who buys ink by the barrel.”