(Community Matters) The Gatekeepers – just saw this w/ Steven at the Violet Crown. It’s an important documentary. One must ask, why would six surviving former heads of Shin Bet, the Israeli security agency tasked with counterterrorism and intelligence gathering in the West Bank and Gaza speak out in this documentary? What does this say?

“I think, after retiring from this job, you become a bit of a leftist,” says Yaakov Peri, who ran Shin Bet from 1988 to 1994, during the first Intifada and the negotiations that led to the Oslo peace accords.

The resulting film is inevitably partial — it relies entirely on those six voices, without the usual documentary chorus of opposing views or disinterested experts — but also eminently, even thrillingly fair-minded. It is guaranteed to trouble any one, left, right, center or head in the sand, with confidence or certainly in his or her own opinions. 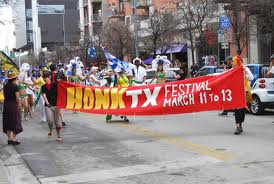 “Buzz” vs. Sentiment in Social Media

What the Difference Between Austin & San Francisco

(Community Matters) Happy to hear Austin Gunter is enjoying his move to SF. In a recent blog post: What the Difference Between Austin & San Francisco.