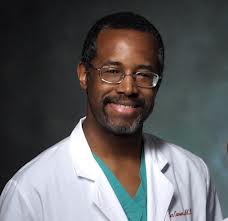 (Community Matters) Dr. Ben Carson, may you slip on a banana, be hit on the head by an apple and be pelted by peaches.

Dr. Ben Carson apologizing for comparing gays to pedophiles and people who have sex with animals. “What I was basically saying, and if anyone was offended I apologize to you, but what I was basically saying is there is no group — I wasn’t equating those things, I don’t think they are equal. If you asked me for an apple and I gave you an orange, you would say ‘well that’s not an orange.’ And then I’d say well there’s a banana…’that’s not an apple either.’ And there’s a peach…’that’s not an apple either.’ But it doesn’t mean that I’m equating the banana and the orange and the peach. In the same way, I’m not equating those things.”

I concur with the names on the list and would have to add Paul Qui, Sonya Cote and Aaron Franklin.