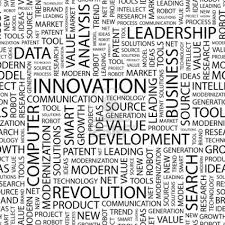 (Community Matters) It’s time to select a word for 2014. Last year’s was DEFINE – I’d come to realize, I had too many balls up in the air to not spend more time clearly defining goals, objectives, success, tactics, even meanings for various terms – not only for and by myself but with all who were part of various teams. My 2012 word was TRANSITION which certainly framed going from fundraising for the President to Pres/CEO for Marfa Public Radio.

Thinking about 2014, there’s another transition underway, perhaps a new venture, a little bit of politics and more focus. hmm . . . the word?

update: I should have given credit to Kip Keller & Michael Barnes. The four of us started naming a word many years ago. I’m pretty sure it was an existing tradition for them. Wish I would have kept track of the words every year – funny how intentionality begets results.

update #2: I eventually decide my 2014 word is CLARITY. It’s a noun, define was a verb. I’m going for the manifestation of  define. 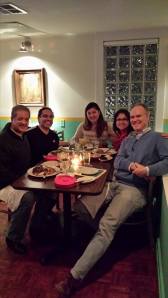 (Community Matters) What a treat last night – dinner with our cousins, Juan Sepulveda, Teresa Nino and Vicky Venegas. Talk about accomplished and challenging years. Vicky graduated from Harvard and is now working at Warner Brothers in LA. Teresa is a political appointee at Health & Human Services, CMS and has responsibilities for Obamacare outreach; Juan is the senior advisor for Hispanic Affairs at the DNC and about to announce an exciting, new job. Unfortunately, Michael wasn’t able to join us, but he graduated from Loyola and is doing cool stuff with kids in Chicago.