(Community Matters) Over lunch a new friend asked me to summarize my many activities. I quickly answered they were all about building community, said they took many forms but were nearly all intended to make up for the tears in the social fabric as people move away from families and historical support systems. For some, the perspective of community is broad, for others quite small. And, as I think about it, there’s a priority for ensuring equality of opportunity. (Think I’ve gotten over my intellectual struggle with self selection.)

Then, I thought about Christopher Hayes book, Twilight of the Elite, how the contract between the Elite and others in our country seems to be broken. For decades Americans have voted the Elite into public office with the understanding they would work for the greater good. Chris suggests that understanding too often isn’t honored in today’s world. And, there’s another shift – expectations and accountability. In his book he argues that the Elite most often promote from within their own tribe – hire the sons and daughters of other elite, and are often willing to overlook mediocrity while enforcing rigid and exacting standards of accountability on others. We talked about being born on third base and thinking you hit a triple. Just remembering out loud.

oh yeah, this fits into a thought trail I’ve been on lately. It’s definitely not well thought out yet. I haven’t been able to decide on any positions. Just, still thinking out loud. Anyhow . . . people who aren’t actively contributing, for whom doing good in society, contributing to their communities isn’t a priority. First thought: those with children; good gosh, focus it all on them. Then, well . . . they need to see you focus on others too, but mostly focus on them. And, folks with less means and/or for whom life is just too overwhelming. I start thinking, perhaps we shouldn’t expect them to volunteer or donate or help their neighbors. But, can’t help thinking it would be better for them (& society) if they did. Coaching little league, checking on neighbors, teaching Sunday school, answering a hotline, serving meals, raking leaves, donating money, organizing precincts, otherwise volunteering or donating . . . so many ways to contribute. 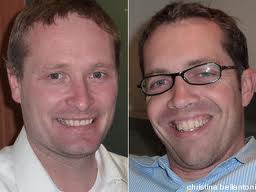 (Community Matters) Certainly expect this to rock our worlds

“Marlon Marshall, Bird’s deputy on the campaign; Mark Beatty, Stewart’s deputy; and Meg Ansara and Lauren Kidwell, former OFA regional directors, also will join the firm as partners. Together, this team has played a multitude of roles in building the Obama grassroots organization since the 2007 Iowa caucuses. 270 Strategies is founded on the belief that grassroots campaigns can change the world.” Twitter: @270Strategies 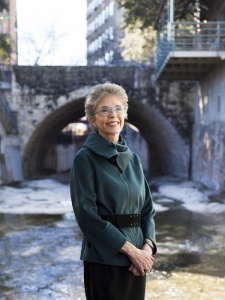 (Community Matters) quick Culture Map piece on Melba Whatley, who really is helping transform Austin in huge ways – especially St Ed’s new buildings, the AMOA-Art House merger and now the Waller Creek Conservancy.  I wouldn’t call her a trouble maker – though she does speak her mind; I’d say a transformation agent. I saw that up front when we served together on the Texas Freedom Network board. A very cool fashionista (w/ a cool husband too, Ted Whatley)