(Community Matters) If the Huffington Post’s analysis is correct . . . if Mitt Romney really would have won the 2012 election if electoral votes were allocated by congressional district, then I suppose there is a way for Rs to win the presidency again in my lifetime. I don’t see a way otherwise. 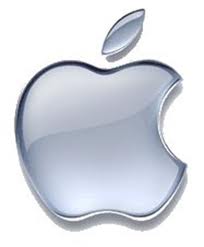 (Community Matters) WSJ: “Losing the Crown: Apple was unseated Friday by Exxon Mobil as the world’s largest company after losing $245 billion in market value since September.”

Speaking of Recruiting to Austin

(Community Matters)  Move Your Startup to Austin for Free at SXSW

In conjunction with Capital Factory‘s Demo Day at SXSWi 2013, one company will receive a relocation package worth over $50,000 to move their startup to Austin.

(Community Matters) If there were ever a poster child for Christopher Hayes’ Twilight of the Elite, Paul Ryan is it – the Congressman from a small town whose neighbors don’t even vote for him (seriously, he doesn’t even win the election support of his town, though markets well outside to the broader congressional district); someone who lived & went to school on his father’s social security death benefits but who begrudges others as takers vs makers.

While I’ve never met him, I don’t trust the guy. Jonathan Chait names the misgivings in this New Yorker article.

(Community Matters) I’m always citing the fact that while Henry Ford was not a nice man (anti-Semitic & racist) he seized the enlightened self interest of growing America’s middle class – stumbled upon this NYTimes column.

The context of these citations today (vs previously with my UT business students) is in the debate about increasing marginal tax rates. A thriving middle class will actually lift all ships.

Perhaps not surprisingly, cities in Texas — which welcomed more than 427,000 newcomers from August 2011 to July 2012, according to the U.S. Census Bureau — dominated our list. Houston ranked second, behind Austin, followed by Dallas in third place and San Antonio in ninth. Robust labor markets, unemployment rates under 6% (well below the national average),no state income tax, a business-friendly regulatory environment, and strong population inflows all contributed to Texas towns’ high rankings.

Of course I think Capital Factory & its founder Joshua Baer are runaway competitive assets to Austin’s entrepreneurial eco-system. Just met Chuck Gordan, Mario Feghali and their partners at Sparefoot – who we’re hoping will be new members of the Entrepreneurs Foundation soon.

as an aside, I hadn’t realized Forbes ranks Utah as the best state for business and careers.

(Community Matters) Maybe we should require the government to remove one business regulation in order to issue a new one. Heck, I wouldn’t be opposed to a ratio of 2:1 or higher.

I’m not bashing government regulation – believing it’s a critical component of a free market economic system. While the best economic model ever created, it’s still grossly flawed – especially in terms of externalizing costs and protecting workers & consumers. Nevertheless, the sheer number of cumulative regulations and a rather byzantine regulatory system can be a drag on innovation and efficiency. Not to mention: bureaucracy is also cumulative *and* self perpetuating, and even when comprised of all good people with all good ambition, can become a drag on economic growth.

The Democratic Party should be known for both protecting and promoting the interests of America’s middle class *and* promoting and enabling economic growth and innovation. There is a balancing act here; and yes, citizens should win all ties . . . but if we look hard enough, we can usually avoid ties.