(Community Matters) LIVESTRONG released this response to the article in today’s NYTimes.

LIVESTRONG Foundation is recognized by multiple sources as one of the most highly-rated cancer non-profit organizations in the United States. This is in large part due to our governance procedures, to our endowment strength and to the fact that we have invested 82 percent of each dollar raised directly in programs, initiatives and advocacy efforts that support people affected by cancer. We are a Better Business Bureau Wise Giving Alliance accredited charity seal holder; we completed the National Health Council’s Standards of Excellence Certification Program; we are rated four out of four stars by Charity Navigator; we are A- rated by American Institute of Philanthropy; and we are ranked as one of the top three cancer organizations by Philanthropedia.”

Are the Next Decades About Africa?

(Community Matters) the below Playbook post reminds me of another thought chain – Africa. China is battling Europe and the US for influence to source commodities, and they appear to not give a hoot about human rights.  Al Qaeda and other terrorist organizations appear to be spreading. Living conditions and human rights violations in too much of the continent don’t help.

THE BIG PICTURE – “France — Out of Africa? No easy exit for French fighting terror in Mali,” by AP’s Elaine Ganley in Paris : “France, breaking its own rules with a surprise military intervention in Mali, appears to be halting the lightning advance of radical Islamists seen as a threat to Europe. But the operation raises the specter of an African quagmire in a new theater of the West’s war on terror just as France and other U.S. allies emerge from the old one in Afghanistan. … Will French troops move into a support role, behind African troops, as initially set out for the West by a United Nations Security Council resolution on Mali? Or will they be lured into deeper involvement at the behest of Mali and other African nations — and, perhaps, take Western allies with them? … The U.S. was … expected to send in drones. Britain agreed to send aircraft to help transport troops. Germany offered political support [but] firmly said no combat troops.” http://bit.ly/V8Bhaw

(Community Matters) Sorta surprised when I heard myself promoting Giuliani style governance, especially police enforcement, for a municipality overrun by violence. Will Roman & I were discussing gun control and Oakland.

I’ve thought about this – especially when I read stories about gangs becoming more prominent in Austin. I believe they are already a very real, daily threat to too many in southeast Austin.

END_OF_DOCUMENT_TOKEN_TO_BE_REPLACED

I’d Bet on a Default 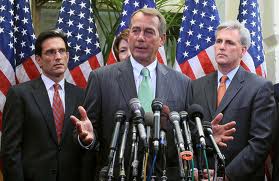 SIREN — “BEHIND THE CURTAIN” COLUMN – “House GOP eyes default, shutdown,” by Jim VandeHei, Mike Allen and Jake Sherman: “House Republicans are seriously entertaining dramatic steps, including default or shutting down the government, to force President Obama to cut spending by the end of March. … GOP officials said more than half of their members are prepared to allow default unless Obama agrees to dramatic cuts … Speaker John Boehner ‘may need a shutdown just to get it out of their system,’ said a top GOP leadership adviser. ‘We might need to do that for member-management purposes – so they have an endgame and can show their constituents they’re fighting.’ … While everyone knew the [Christmastime] tax drama would end with the rich paying more taxes, no one is sure how the coming fights will unfold. … Starting [today at a leadership retreat in Virginia Hunt Country], Boehner … will discuss his preliminary thinking on a spending strategy.

END_OF_DOCUMENT_TOKEN_TO_BE_REPLACED

Japan as a Role Model

(Community Matters) Paul Krugman explains this unlikely proposal. Until the middle class feels secure again in jobs and our economic power reignited, corporate investment will lag and investors will continue seeking safer options. The article’s note about inflation easing the burden of public debt is important as are concerns for seniors without assets relying on fixed incomes. Wish we could index the minimum wage but don’t see a political chance in hell. 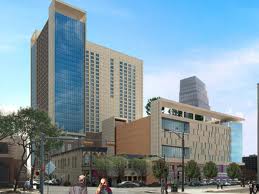 (Community Matters) I agree the City unnecessarily gave away citizens’ money. The project was already happening. I’ve watched and come to realize it is way too easy for some to give away or spend money that’s not theirs. We need reforms.