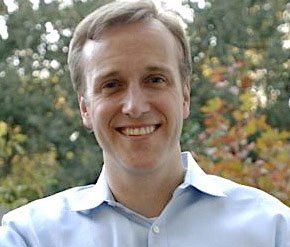 (Community Matters) Shame on me for not realizing I haven’t communicated well enough to my friends Brewster’s credentials as a progressive politician.  Press conference today at 10am at City Hall.

Brewster’s not only progressive – both leading candidates are – but he’s also a visionary who’ll help build a future for Austin with jobs and the quality of life we hope to preserve.
More after today’s press conference.

(Community Matters) Barack Obama’s presidential campaign manager, David Plouffe was in Austin today, and I had a chance to join him and about 60 – 70 others for lunch. As everyone around the world knows by now, the guy is brilliant, an original thinker and widely credited by BHO as critical to his win.

David’s 42 years old, a political science major from the University of Delaware and cut his political teeth in campaigns for Iowa Senator Tom Harkins in the 1990s. Later served as chief of staff to Dick Gephardt, then executive director for the Democratic Congressional Campaign Committee (DCCC) where he helped raise a record $95mm for 2000 congressional races.

He was extraordinarily candid, sharp and focused in his comments today. Talked about the transparency of presidential campaigns (an MRI of the soul) and that Obama’s authenticity was rewarded by voters, including independents and crossover Rs.

Interestingly, I’m just off the phone with a lifelong R who voted for BHO and who just told me he thought the President’s first 80 days had been “excellent”
Much about Obama’s focus on energy, education and healthcare and how the polls show Ds, Rs and Independents are willing to pay to fix these systems, while demanding shows of fiscal restraint and the cutting of wasteful spending. Independents also strongly believe that entrepreneurship and the middle class should be championed.  (I love that David is following this.  I don’t think it’s about making decisions by the polls, I think it’s affirming that the President is representing the will of the people, i.e, vs inside the Beltway thinking.  And, he’s serving as the President for all Americans, not just his base.  He obviously cares about the opinions of Rs and Is as well as Ds) 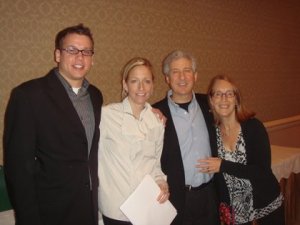 DNC’s Guy Selden, Alexa Lange Wesner & Marc & Suzanne Winkelman
David noted that they are sensitive to GOP voters’ and GOP business executives’ support and opinions and we have the support of large numbers from these groups.  We may not be mustering the votes of the Congressional GOP but this is same-old politics, their taking positions with elections in mind rather than solving today’s problems. [my editorial opinion: same old Newt Gingrich actually (who appears back in play), I remember the gov’t shut downs and how they didn’t work too well for their party then either.]
Doesn’t matter, GOP Congressional leaders have no credibility on the budget, deficit or spending with voters, hardly even among their own. 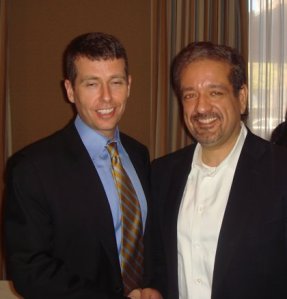 I have another picture with Plouffe and it’s much better of him but horrible of me.  I might have just failed an ethical test but I posted the most flattering of me.  The one of him above has me cut out!

To think that over 4,000,000 Americans contributed to President Obama’s campaign and that almost all substantially volunteered in the campaign.  And, over half of the 4mm were first time presidential campaign donors.

Of first time voters in the election, 71% voted for President Obama.  Newly registered voters voted in higher percentages than previously registered.  The Davids’ strategy to change the electorate worked; it won red states and elected the candidate for change.

OFA – Organize for America – is being launched by the DNC. It’s relaunching the grassroots networks that engaged Amercians in new numbers, including millions previously disenfranchised. President Obama wants us engaged in policy and political debates/discussions. He needs our continued support if we’re to fix what’s wrong in Washington, especially cutting wasteful & not-prioritizing spending fiercely protected by special interests.

Steven and I have to discuss further how much more we can afford to invest. We maxed out as donors to the President’s primary and general election – amounts we’ve never given to political races before. We’ve just maxed out to Jack McDonald’s congressional race as well; we need business leaders among the Ds fixing our economic problems. We aren’t wealthy, but we are blessed. Today, it seems  our best way to contribute to our world is by changing Washington.

During Obama’s first 80 days, he’s done exceptionally well (him on the world stage this last week, topic for another blog, just say hurray!). Congress and special interests are proving surprisingly resilient and resistive to change – I think we’ll have to double down and further invest in the infrastructure that empowered Americans’ voice in this election. ughh, more conversations, more money. Hard decisions.

Loved David’s comments at lunch and after. btw, he gave me permission to blog.

Oh yeah, I loved when David mentioned that at the end of the first quarter 2007, in the FEC filings, Travis County was the second largest cluster of political contributions to Barack Obama.  This was just after 21,000 Austinites showed up at Auditorium Shores.  I’m glad Ian Davis, Amy Evarhart and JD Gins were in the luncheon representing the Texan for Obama founders.