Israeli Amb. Oren on the Obama Admin and Israel 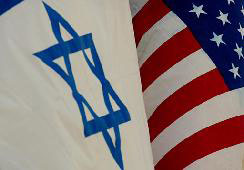 (Community Matters) This via a cirquitious route and from the wife of a political colleague:

At the Israeli Ambassador’s residence on Rosh Ha Shanah (Jewish New Year) Ambassador Oren stood before the assembled crowd in what was the best stump speech for President Obama that I have heard from any world leader (and yes, Ambassador Oren speaks FOR Prime Minister Netanyahu of Israel!). Without a note, Ambassador Oren outlined the brilliant accomplishments and strong support of Israel demonstrated by the Obama Administration in LESS THAN 2 YEARS!  Oren invoked our President’s name, time and time again: (please memorize these bullet points and tell everyone you know!)