Barack Obama has edged ahead of Mitt Romney in the final days of the presidential campaign. In the Pew Research Center’s election weekend survey, Obama holds a 48% to 45% lead over Romney among likely voters.

The survey finds that Obama maintains his modest lead when the probable decisions of undecided voters are taken into account. Our final estimate of the national popular vote is Obama 50% and Romney 47%, when the undecided vote is allocated between the two candidates, based on several indicators and opinions.

The race was deadlocked as recently as a week ago, before Hurricane Sandy devastated the East Coast. Obama’s handling of the storm’s aftermath may have contributed to his improved showing. Fully 69% of all likely voters approve of the way Obama is handling the storm’s impact. Even a plurality of Romney supporters (46%) approve of Obama’s handling of the situation; more important, so too do 63% of swing voters. In addition, Obama’s recent gains have been most notable in the Northeast, which was hit hardest by Sandy.

Does Money Make You Mean?

(Community Matters) “How does living in an environment defined by individual achievement – measured by money, privilege, and status – alter a person’s mental machinery at the point where he begins to see the people around him only as aids or obstacles to his own ambitions?”

referring to this New York magazine article – Does Money Make You Mean? – after a startling revelation. I’ve recently purchased a new, expensive car. Feels spectacular to drive it, and I drive a lot toggling between Central & West Texas – but one afternoon I caught myself thinking ‘hey, watch out for my new, expensive car you little inexpensive car.” I was floored. That’s not like me. I’m not from money and am not rich. Where in the hell had this little voice come from and how the hell can I exorcise him? Went on a search for this phenomenon and found this interesting article.

(Community Matters) Great dinner and concert last night. Today’s 11am service at St James Episcopal (1941 Webberville Rd) will feature a Bobby Humphrey preformance, is free and open to the public 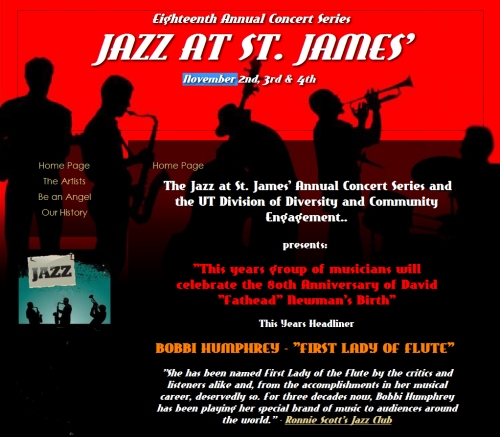 (Community Matters) Princeton Election Consortium: President Obama is peeling away. I estimate Romney’s chance of winning the popular vote at 6%, odds of 16-1 against. The exact popular-vote prediction today is Obama +2.1 +/- 1.1%. Allowing a little bit for Gary Johnson, this gives a vote share of Obama 50.3 +/-0.5%, Romney 48.2 +/-0.5%. I’ll update that to a final prediction this weekend.

About the Princeton Election Consortium

This blog’s mission is to provide informed analysis of US national elections by members of the Princeton academic community. It is open to scholars in the Princeton area from all disciplines, including (but not restricted to) politics, neuroscience, psychology, computer science, and mathematics.