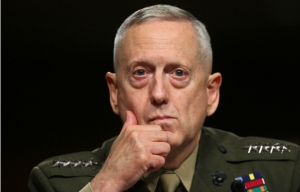 The White House view, apparently, is that Mattis was too hawkish, which is not something I believe, having seen him in the field over the years. I’d call him a tough-minded realist, someone who’d rather have tea with you than shoot you, but is happy to end the conversation either way.

CIVIL-MILITARY SIGNALS: The message the Obama Administration is sending, intentionally or not, is that it doesn’t like tough, smart, skeptical generals who speak candidly to their civilian superiors. In fact, that is exactly what it (and every administration) should want. Had we had more back in 2003, we might not have made the colossal mistake of invading Iraq.