(Community Matters) Several politically conservative organizations complain, some even boycott, CPAC because GOProud is allowed to participate, yet I haven’t heard the same about the inclusion of a white supremacist group, Youth for Western Civilization 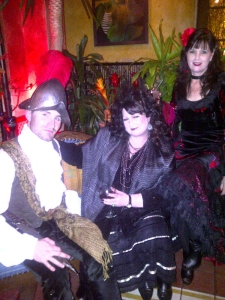 (Community Matters) Last night we celebrated another anniversary of Fonda San Miguel. The invitation didn’t say which, but I think its 37th.

For years, FSM has been one of the most important restaurants in Central Texas (I’m doubt few other Texas restaurants have been honored as often by the James Beard Society) and for many years it was “my private dining room” – where I took guests when we most wanted hospitality, comfort, warmth and great food. It’s still a Central Texas treasure. Happy Anniversary, FSM. 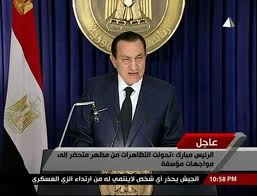 (Community Matters) The army’s Communique No 2 says they will lift the state of emergency as soon as “current circumstances end” and endorsed the transfer of power to the VPs. Of course, protest leaders have got to be thinking, if crowds disperse what will Mubarak, his VP and their secret police do to us and will they keep their promises?

It was a night of watching. What was being watched was the Egyptian military, faced with a defining moment. President Hosni Mubarak was expected to resign today. People ranging from the head of the CIA to Egyptian government officials to the crowds in the streets clearly expected it to happen. Obviously, word had leaked out from sources close to Mubarak that he had made the decision to go. Yet when he made his speech today, he did not resign.